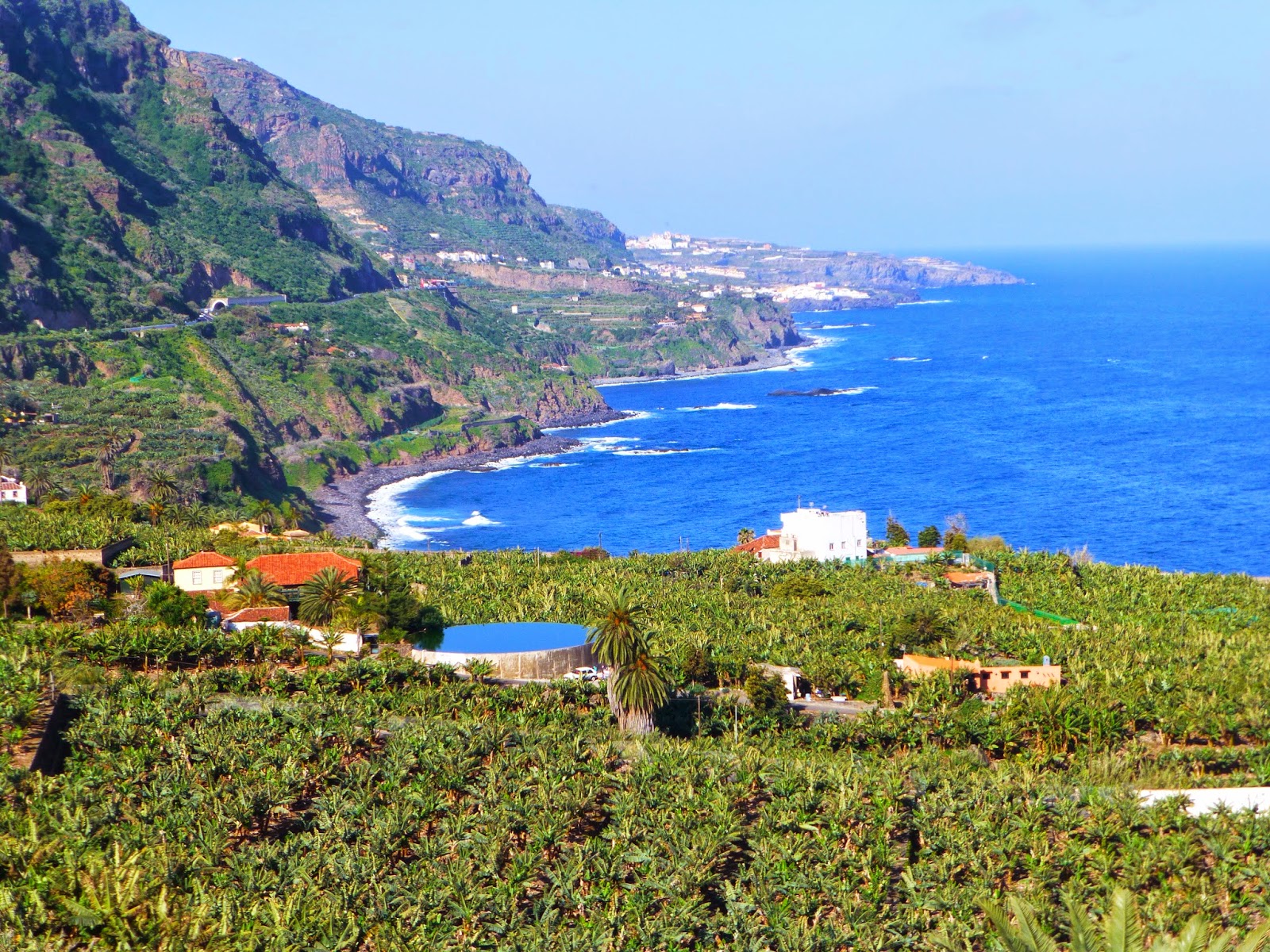 We're taking a virtual trip to another sunny island, with another dog, dear readers... A few years ago, John Searancke and his wife Sally retired to Tenerife, one of the Canary Islands, taking Freddie the dog with them – hence the title of his first book, DOG DAYS IN THE FORTUNATE ISLANDS. John and Sally had met in Lancashire, where they ran a business together for ten years.

John, how did you choose ‘The Fortunate Islands’ (an old name for the Canary Islands) as your new home?

The decision was mostly made for us in advance, because we had bought a holiday apartment years before we moved over there permanently. We had chosen the quieter, greener, northern part of the island, that less populated by mass tourism. The pressure of our business meant that we took more and more short breaks over there, and we realised that we did not want or need to look further. Our valley is just perfect for us, and we fell in love with it.

What things do you love best about your island home?

Well, we love the climate. Here in the north, there is not the unremitting sunshine that the holidaymakers so enjoy in the south. Between us lies El Teide, a dormant volcano, and the highest mountain in Spain. With its peak capped by winter snow, it creates a micro-climate here in the Orotava valley, giving sufficient cloud and rain to grow vines and bananas, so everywhere is green.

We love the people too. Perhaps because they are islanders, they have been so friendly and welcoming to us. Any tensions have been allayed as our grasp of the language has improved, such that we can now even dare to communicate with tortuous officialdom in government departments. 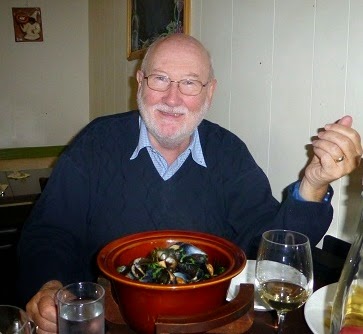 I was asked a couple of years ago, by Island Connections, the main English language newspaper for the Canary Islands, to become their restaurant reviewer (poshly titled “critico gastronomico” on my business card!) and this has led Sally and I to superb meals in out of the way restaurants that no casual visitor to the island would discover on their holiday. Wonderful seafood, in particular, is here in abundance: the combination of a sub-tropical island, the warm Atlantic ocean and the proximity of the coast of Africa less than 100 miles away, provides a rainbow of different coloured fish for our dinners. 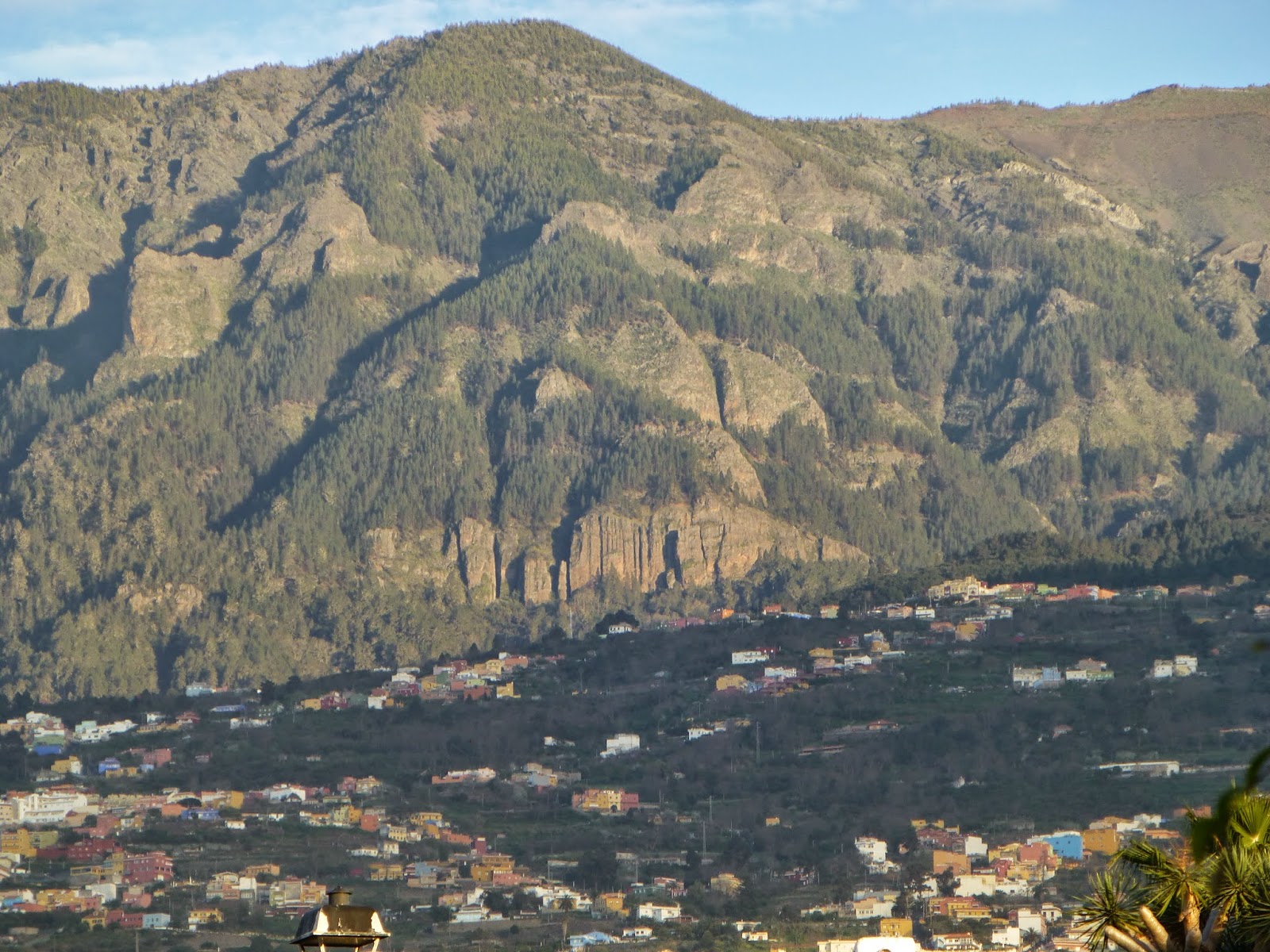 You say it’s a book about ‘hidden Tenerife’. Can you explain?

We are hidden away from the mass tourism that the southern part of this island is so well known for by the majority of tourists in Europe who come here each year. Most never leave their hotel and beach complex in the south, and so therefore never discover the hidden north of the island. 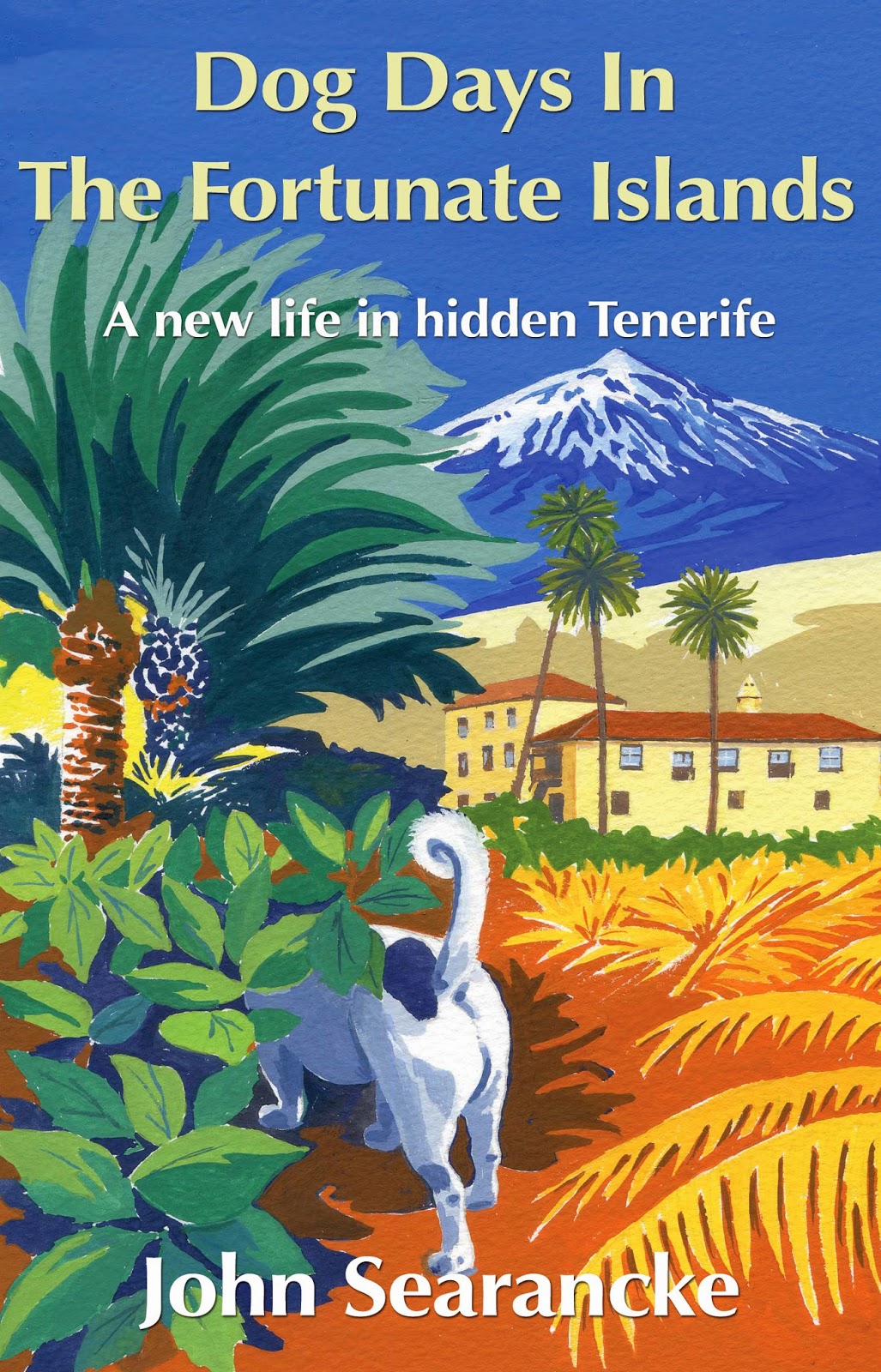 We live in the quaintly named San Fernando area, our apartment surrounded by old whitewashed villas with terracotta roofs, and larger fincas, the centres of banana cultivation for this valley. We think that we have world class views – and so did the explorer Humboldt when he came here over a century ago.

Should I really be revealing the secrets of our valley?

How did Freddie take to the move? 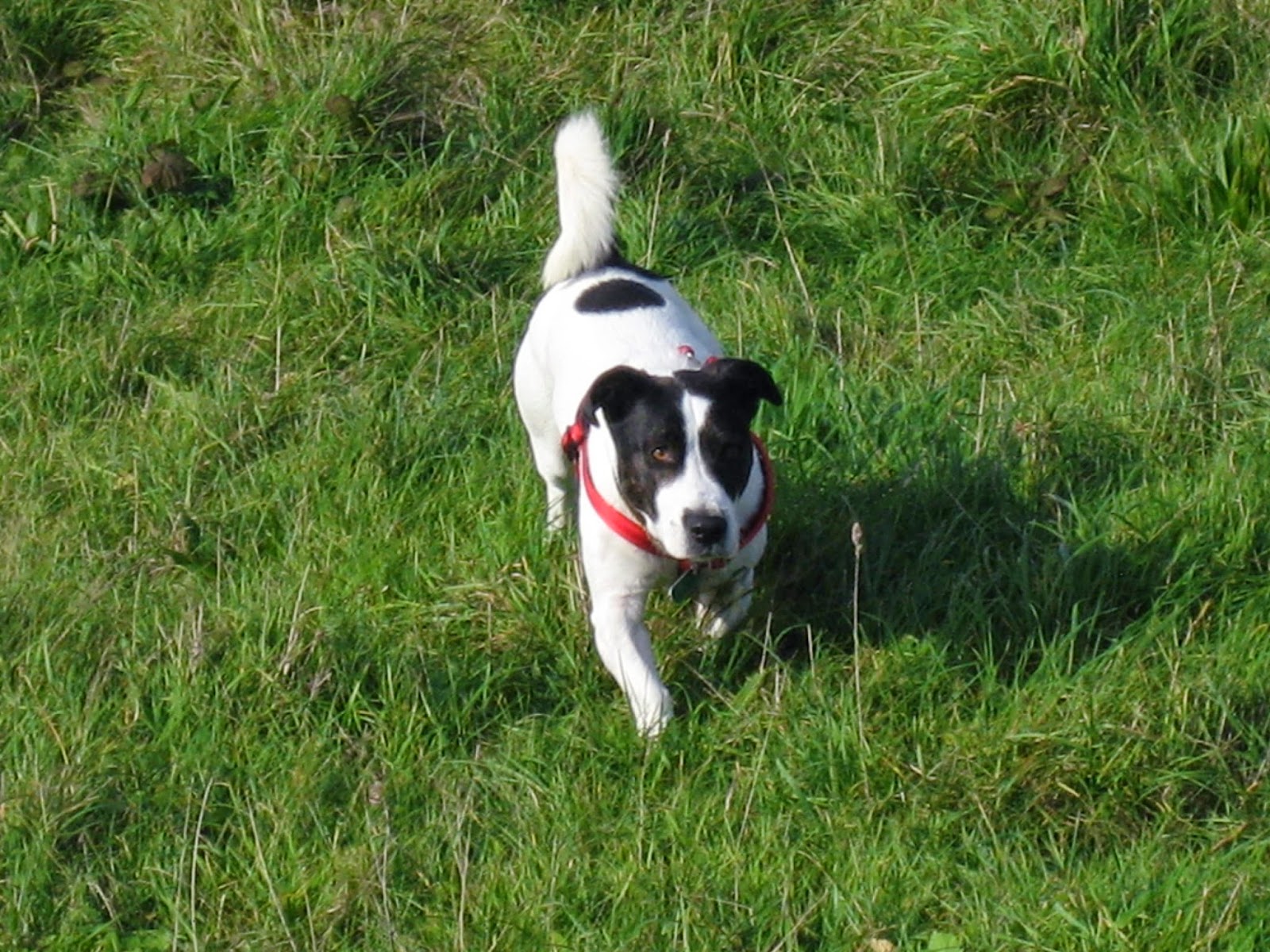 Freddie is a RSPCA rescue dog. Born in Lancashire, from eight weeks old he lived the first six years of his life in our Victorian family home with the seaside on one side and a large wood on the other. It must have been doggy heaven, and perfect for socialising.

To be, then, one cold and frosty morning, crated into a travel box, hoisted onto a JCB before being dumped into the hold of an aircraft, must have given him some pause for thought! But no, at the other end, where I was anxiously awaiting him, he took to Canary Island life like the proverbial duck to water. So much so that he unwittingly became almost the central character in my book, in which his exploits and friendships with new canine friends are fully detailed. He has an amazing social life, and we love him to bits. I have had wonderful dogs all my life, but, if I had to choose a favourite…

What did you do before you moved to Tenerife? Did moving there help you adjust to retirement?

Sally and I married a little later in life. For the last ten years of our time in England, we started and built up a commercial legal services company, introducing professionals in the north-west to new opportunities and supporting them as they took our products on board. The company grew too large by 2009 to handle without taking on extra staff and premises, so we sold out.

We have never been so busy since we retired. I know, I know, everyone that we have met has said it  to us, but it is so true! We have had to learn a new language, integrate into the Spanish way of life, take on a role for the local newspaper, and a hundred other things, not least of which was to take a month travelling down from the English Midlands to this corner of our Atlantic island, in our 24 year old Mercedes 300 SL – the trip of a lifetime, and with the exploits included in my book!

Is it a typically Spanish way of life?

It could be if we let it. But we are just so busy with the things that we do. I think that our young next-door neighbours (just the ideal Spanish couple) think that we are the reincarnation of whirling Dervishes. But sometimes, it is the perfect relaxation to put our activities behind us and soak back into the wonderful Spanish way of life, where everything is “mañana.”

How have you integrated into the local community and made new friends?

Well, it started with a Swede! A lovely lady became our professora de idiomas and also took us under her wing to meet others locally. We have centred our new life around the Spanish community and have perhaps unfortunately ignored the British ex-pats, but that is the way that it is – we came to integrate, not just to be seen as another couple of English holidaymakers.  Now, we are not short of friends, and most days we take a morning coffee in one of the many cafés in the villages around our valley.

In the book, you take us to many of your favourite places to eat out in North Tenerife. Have you had any memorable meals lately? What is your favourite local dish?

I research the restaurants that I think will be suitable for entry into the newspaper. I very seldom include ones that are on a tourist trail or those that will be found by a casual visitor just by walking round the next corner whilst on their holiday. Often people will come to me and tell me of a favourite. 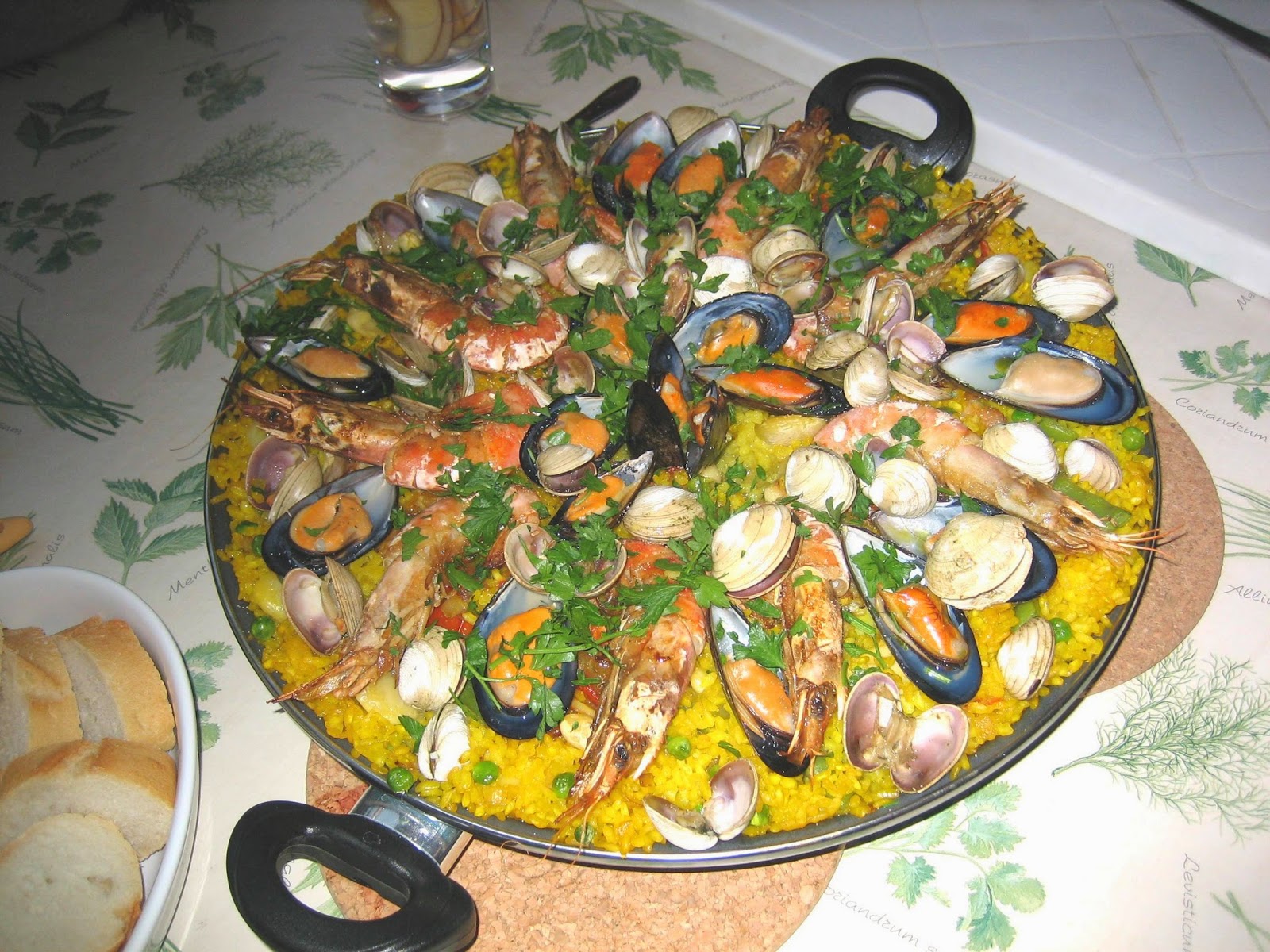 I am particularly taken by Guachinches, and make no apology for that despite the local furores created by traditional Spanish restaurants in the main towns. Guachinches – a completely new phenomenon to us, are small family run restaurants up in the hills, often in what can best be described as large garages. Spotlessly clean and ridiculously inexpensive, they are required by law to limit their choice of menu, and their wine too. The wine must be from their own harvest, and when it runs out, the Guachinche must close until the next harvest is ready to drink. I have had some of the best pork chops ever, anywhere in the world, in those Guachinches. Sublime!

What else should I single out? Well, paella is a hugely overblown dish in any tourist restaurant, and never worthy of the money. But, in a place that knows how to cook it properly, just so, it can reach extraordinary culinary heights. Look in my book for a perfect example at Los Silos. 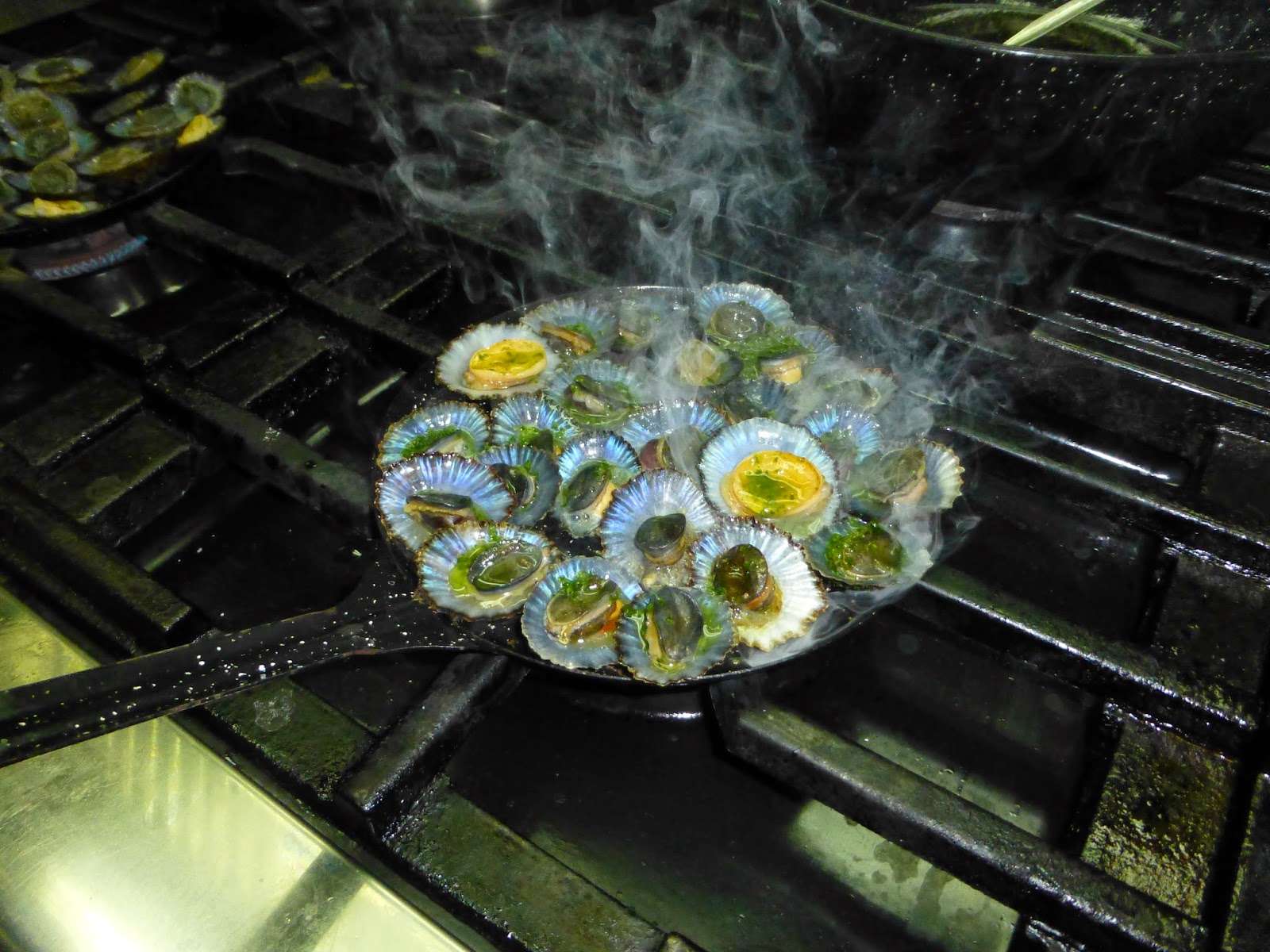 Oh, and lastly, I am going to highlight the humble limpet. Scorned, derided and ignored because of its chewy consistency, much like trying to eat your old school eraser, it again can reach for the stars when prepared by one who knows. A good fish restaurant will have one of those small white sacks of fresh limpets, alive, alive-oh, ready for you to savour. Either local, or flown in on the plane every day from Galicia.

Has life there changed you?

We just love it here. Our lives have changed immeasurably. It is warm every day of the year, and the tourist beaches are busy. It rains, of course it does, but mostly in showers, soon passed over. The food is superb, the people friendly, the service outstanding, and we have no need for central heating. All those years ago, when we bought our apartment, we really did make the right choice. All three of us would agree with that! 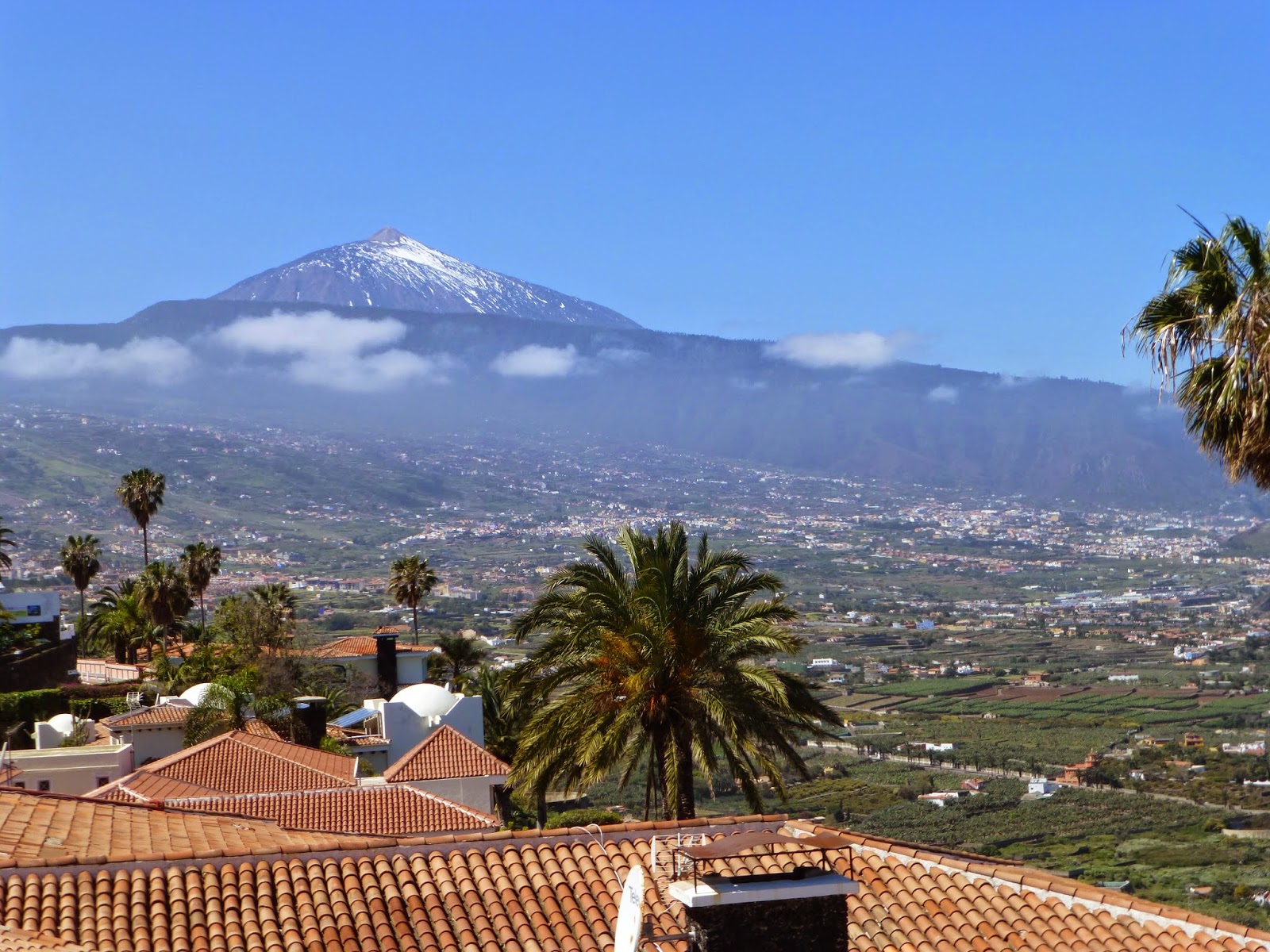 You can find out more (and buy his delightful book!) on John’s website, www.johnsearancke.com.