A New Twist in an Old Tale 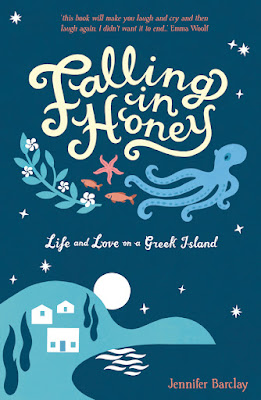 One morning a few months ago, I woke up to a message from a woman called Barbara in Chichester, which is where I was living before I moved to Tilos. I didn’t know Barbara, but she had an unusual reason for getting in touch. It turned out we have a strange connection.

In May 2009, six months after turning forty, I spent the month alone in Tilos and decided to try to live on the island. Determined to make it happen, in the meantime I returned to my job in Chichester. I’d known a man around my age called David Cairns as a casual friend for a couple of years and always enjoyed chatting with him, but one night that summer we had a deeper conversation which led to us starting a relationship. If you’ve read my book Falling in Honey, you’ll know some of this already. In the book I called him ‘Matt’.

We had simple fun – he read books and we explored, he was always making me laugh and buying me dinners and clothes I’d never have splashed out on myself. But we were also serious from the start about trying to have kids, and we got engaged. He had two daughters – he kept their photo on him always; he currently wasn’t able to see them but sent regular maintenance payments, and I encouraged him to work towards having more contact. Dave had a few properties which were rented out since he often worked away, he said, but he decided to spend more time at the local factory he owned so we could be together and moved in with me, which made me happy. After I introduced him to Tilos, he loved the idea of us moving together, and he put in an offer on a house here. 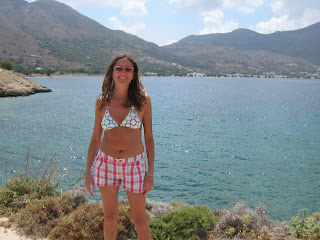 By April 2011 I’d given notice on my job, confident about going freelance. Dave was spending those days buying things he’d need for life on Tilos – a new laptop, summery clothes. His purchase of the Tilos house had stalled but I arranged for us to rent a place. My last day at the office coincided with our appointment at the fertility clinic – we’d been having tests to find out why I wasn’t conceiving. Dave called to say he couldn’t make the appointment but had to talk to me. In tears, he confessed that he’d been lying to me about everything, every day. I later found out he'd been stealing money from his workplace and using credit cards.

Thankfully, I had no problem moving to Tilos alone. The episode was weird, shocking, disorienting, saddening – but I put it behind me. When it became an unusual twist in the book I was writing about moving to Greece, I disguised Dave’s identity a little and never referred to Chichester by name, only as a ‘town on the south coast of England’. In the media articles that came out around the time of its publication, I wouldn’t use his real name or photo. I believed he needed psychological help, not public shaming. The story is much more complex than I can sum up in a few hundred words.

All of it seemed well in the distant past when I received the message from Barbara. She’d found me after a friend showed her a Daily Mail article, still online, that was published after Falling in Honey came out.

Barbara’s vivacious, outgoing and sociable, has children and lots of good friends and works in education. A few years after I left to live in Greece, she met Dave Cairns and they became a couple. ‘We had an amazing life. My friends and family loved him,’ she wrote. Dave told her about the property he owned and his job, and it seemed they would have a happy and secure future together. He explained that he wasn’t able to see his children but ensured they were looked after.

‘He wrote down how much he had in his savings, plus the money he would get from his house plus his pension.’ They got married and rented a lovely flat together in the town centre. Then he told her he had sold the property he owned by the canal, and they put in an offer to buy a house together and had it accepted. They celebrated and put the news on Facebook. He messaged a friend to ask for help with moving, and another to say their rented flat would soon be available.

‘It was the next day when he should have been at work that he messaged my friend to say that he had packed a bag and was going to leave because he had lied to me… He was very drunk.’

When she wrote to me, two days after learning she’d been deceived for six years, she was devastated. She had loved him and trusted him, and as well as lying to her, he’d been spending her money.

‘He spent £27,000 of my money that I put in his name in premium bonds, and I took out two credit cards [for him] in my name.’ He claimed he didn’t want to take out a credit card in his own name because his ex-partner, the mother of his kids, had forged his name and racked up huge debts. When he paid Barbara his half of the rent every month, it came from her own premium bonds – he’d been taking out large sums. He took about £34,000 in total but the police said she had no case against him. ‘I want to warn others never to put money or credit cards in any other person’s name… I can’t believe he has no remorse at all.’

She found out he didn’t even have children – something I’d always wondered about. One of her colleagues happened to know his ex-partner and messaged her to find out. She said the children weren’t his. Barbara met up with Dave a week later and asked him. ‘He admitted that it was all lies.’

She was ‘numb with disbelief’, as if someone she knew had died. It all sounded very familiar. As before, he left with hardly anything and slept rough for a while. I remembered buying him food and a sleeping bag. A few weeks later, she wrote to me:

‘I don’t believe we are going to be the only people he hurts… I am coping but just very sad… Sold wedding ring and engagement ring today.’

I felt guilt that I hadn’t done more to expose him at the time, but also angry. How did he get away with doing the same thing in the same town using the same name?

A friend who had known me and Dave when we were together got in touch after she heard he had struck again. She started a new job five years ago and got to know a few female colleagues. One was talking excitedly about their impending marriage to a man named Dave. It was only when she attended the after-party for the wedding that she realised it was him. She was shocked and tried hinting to friends that he was bad news.

‘They told me people change and I really thought he had got help and was sorted. I thought long and hard but decided it was not my place… A couple of times I did ask him outright if [Barbara] knew anything – he said she did.’ But he was lying. Then he discredited her, suggesting she was crazy.

Dave is very clever at manipulating people – getting people to like him. And people do like him. We all did. But he can’t help himself from lying needlessly. He then contrives to keep people apart so they can’t compare facts.

Another acquaintance, who has known him for years through the factory he worked at and stole from, said that years ago, before he met me, she discovered he was lying to colleagues. ‘He told us he had just had triplets – my mum even bought them all outfits! He told us he bought a big house at Southbourne – he hadn’t, I rang the estate agents to check. He said he went on holiday to Iceland – he didn’t as he didn’t get his first passport until a year later. I could go on…’

When Dave met Barbara, this friend asked him if he was behaving properly now, and he told her he was. She was very sorry she didn’t say anything directly to Barbara earlier. ‘I really thought he may have changed but sadly not. I think he needs to be stopped from doing it to someone else.’

When I got to know Dave, I was a recent incomer to Chichester but there were people around who’d known him for years and I assumed someone would have warned me if there was anything to be concerned about. I’ve now dug a little deeper and spoken to someone who went to the same high school, Chichester High School, though he hasn’t spoken to him for years. He said another friend was in the same crowd when they were in their teens and claimed not to know him that well. But both agreed that Dave, fond of telling stories about a military past – stories that he also told me, saying the subsequent trauma explained the self-harming scars on his arms – showed signs of being ‘a fantasist’.

Before speaking out, I waited for Barbara to get legal advice and try to recoup some of her losses; he promised to get a job and start repaying her, but she says that’s no longer happening and he’s spending a lot of time in the Wetherspoons pub. Another friend wrote: ‘We saw him several weeks ago in town… dressed up like a country gentleman.’ He’s been spotted having changed his appearance, happily wandering around Chichester with shopping bags, showing no sign that he understands the severity and repercussions of what he’s so recently done.

Barbara’s a remarkably strong woman. She’s found a lodger so she can keep on her flat, has been doing three jobs to keep her head above water and take the holidays she needed. ‘I am exhausted and have been really down at times but I have dragged myself out of those times… I’ve been lucky to have amazing friends and family.’

But it’s important to reduce the chances of this happening again. Back when Falling in Honey was published, a number of men and women got in touch to say something similar had happened to them. Please talk to people, share this however you can. 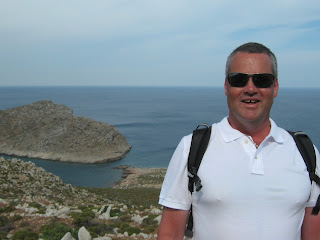 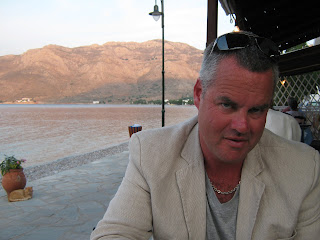 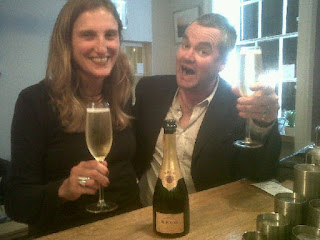 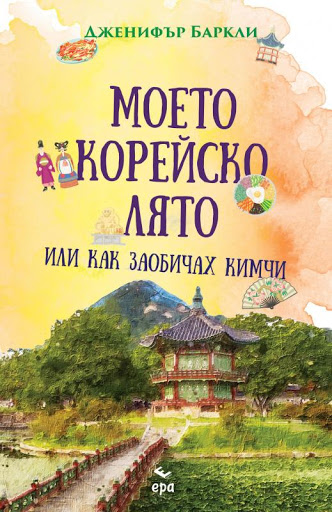