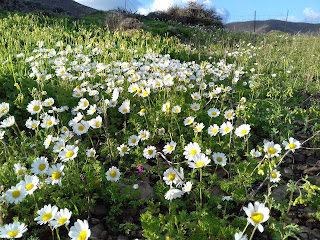 The cheese man isn’t there. Maybe because it's Saturday, although a few days ago at the café he said, ‘Any day, just come here at ten.’ The door of the kafeneio is padlocked, and on a table by the door are some remains from the night before, I guess: a glass, a bottle and a cigarette lighter.


A few evenings before, I ate a delicious saganaki here, local cheese lightly pan-fried. Panayiotis the owner, wearing leather boots, his black beard knotted under his chin, asked if I liked it and said if I wanted to buy some, he could call the man who makes it.


‘What I’d really like,’ I said, ‘is to go to where he makes it and see how it’s done. But I don’t know if that would be possible.’

The kafeneio in Maltezana was in ruins until Panayiotis decided to fix it up. Panayiotis' father was from Astypalea but like many families from the island they lived in Athens. Panayiotis grew up in the city and did building work, but there wasn't much going on with the economic crisis so ten years ago he came here and restored this kafeneio. He kept the original stone building from 1956 but added his touch of colour. The fishing and farming village has only eighty permanent residents, though plenty of tourists stay here in the summer. In February it is calm and sleepy. A guy came in for a coffee. A woman played with her phone. The dogs sniffed around, looking for food and attention.
As I was finishing the salad of tomatoes and paximadia with lots of oregano and olive oil, a large man in a rain jacket walked in and sat by the wood-burning stove with a beer, and Panayiotis said, ‘This is the man who makes the cheese.’


The cheese man was talkative and full of stories, like a lot of the people I've met here. He used to work on boats, but since retiring from that he raises sheep and goats, and he makes cheese regularly from Easter onwards, though just in small quantities at this time of year when the animals need their milk to feed their young. The fresh, unaged cheese is called klori. He keeps about five hundred animals.


‘We had a big problem when it didn’t rain for the last three years.’ Without rain, there’s no grass and they have to buy feed. This year there’d been plenty of rain, and clear streams were flowing down the hillsides into the dam. ‘There are twelve and a half thousand animals on the island,’ he said. ‘They mostly belong to the church. But there are farms with animals all over the island.’ He reeled off a list of places. Astypalea is a small island with only three villages; most of these places are in the hills.


It's a beautiful day and perhaps it would be a shame to be indoors all day watching milk boil. Maybe he’s out on a fishing boat instead, catching calamari… Since the kafeneio is closed, I have a coffee at the taverna overlooking the sea instead. I can make the most of the sunshine and go for a walk and maybe a swim. Just along the coast there are fishing boats, a church with a dovecote, a path covered in mauve, purple and blue flowers, and the remains of a mosaic floor from the fifth century AD, the late Roman/early Christian era. It’s only my second trip to the island; maybe next time, I’ll catch up again with the cheese man. 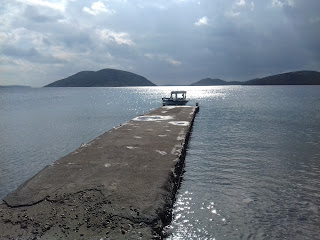 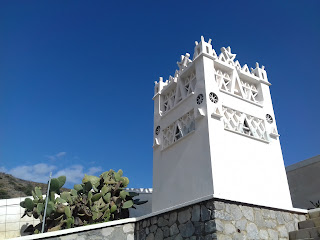 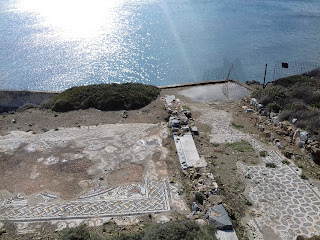 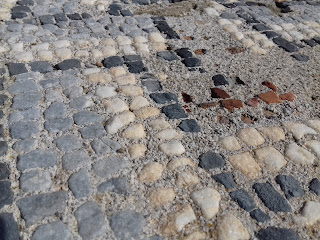 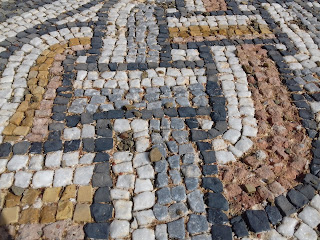 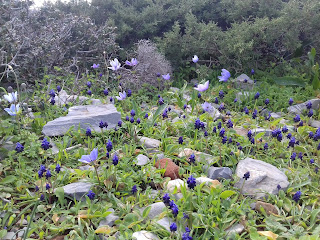 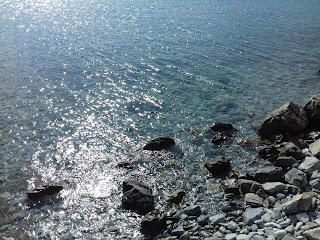