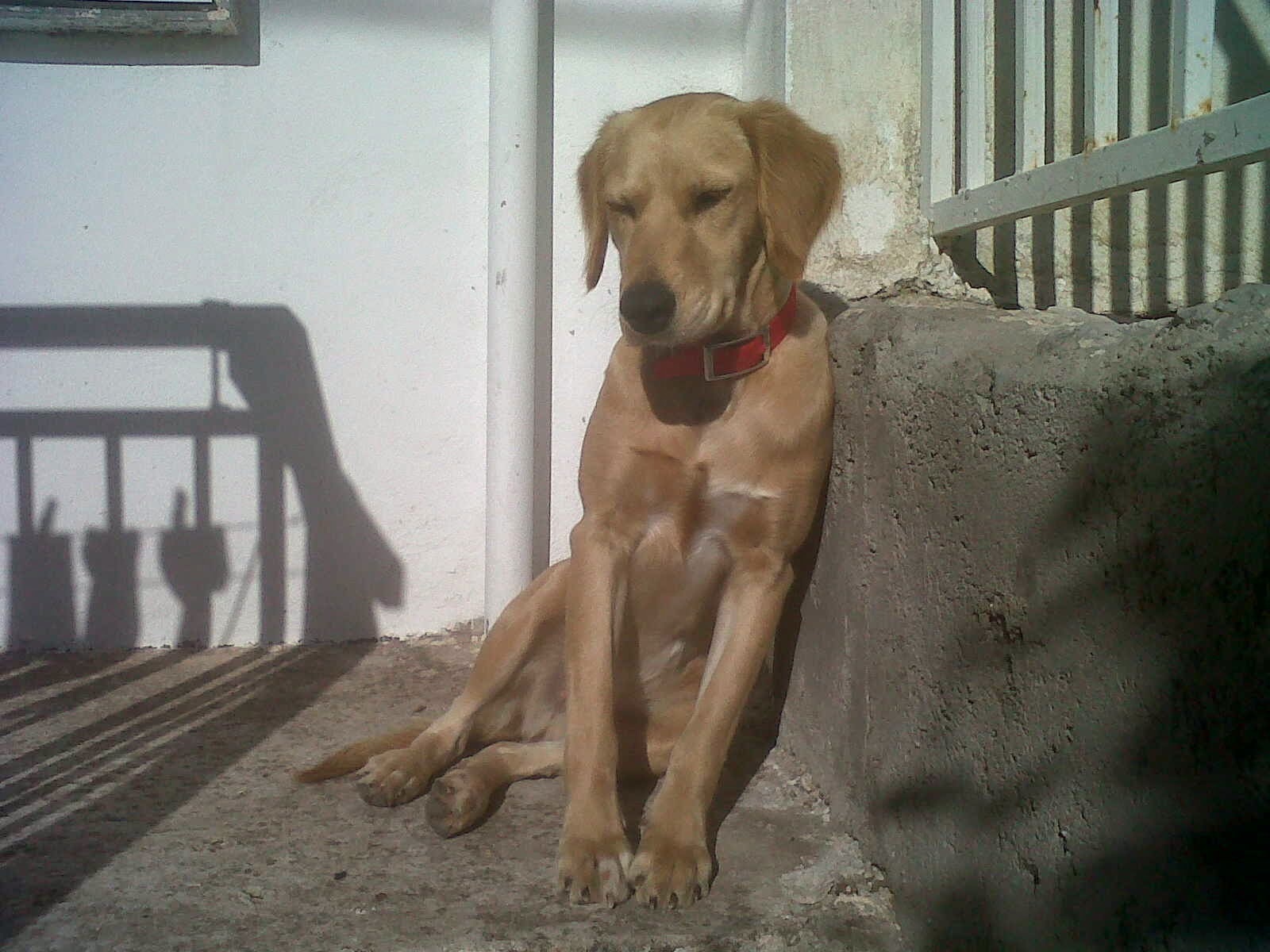 On my last nights in Tilos back in mid-July, I slept on the terrace under the stars, and Lisa spent her nights either curled up on the comfy chair nearby, or waking me up by cracking bones with her teeth. Once she came over to where I was sleeping and nuzzled me through the mosquito net.
On the final morning, waking at a few minutes to five, I took her for a morning stroll. There was a big full moon over the mountain of Profitis Ilias. Back home, I dragged my big suitcase out to the car, then came back and rubbed her belly while she gnawed on the old no-longer-stuffed toy (she took the stuffing out of it last time I left). When it was time to leave, she graciously accepted a treat to eat as I left, so I didn’t have to look at sad eyes, but a happy dog.
Still, I didn’t really stop crying for her until I was halfway around the world. 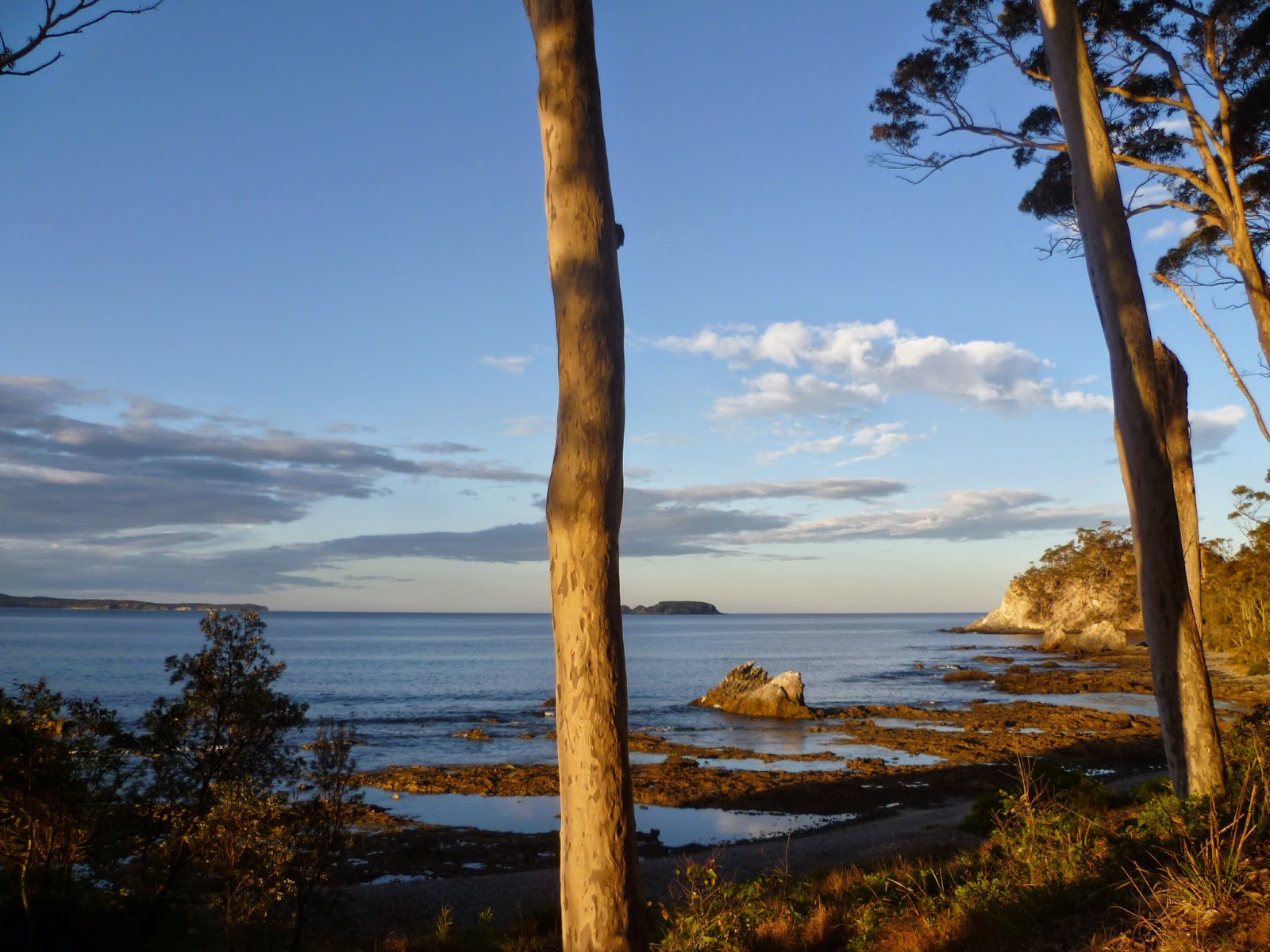 Now, the whole point of our being in Australia, Ian and I, is to look after his mum. But that means being tied to her house, in a place on the South Coast of New South Wales that is very pretty but - a little way back from this spectacular coastline - has lots of houses and cars and not enough hills that you can get to without a car. OK, we’re pretty picky, after living in Tilos. We’re used to being free to move around a lot. We’re also used to having pets around; in my case, one demanding dog, in Ian’s case a large number of cats.
I started dreaming of Tilos, and dreaming of Lisa; it didn't help that I was working on my new book and looking over old photos of her. Every day we walked up or down the coast paths, and were making friends with more dogs in the neighbourhood than people, almost.
One day, walking back from the shops, I saw a dog running down the street and heard the man shout to it, ‘Katse kato!’ Are you Greek, I asked. Yes, he said, from Chios. He’d lived in Australia decades but still talked to his dog in Greek.
Something needed to be done; we needed to go somewhere; we all needed a change of scene, as Ann, Ian’s mum, wasn’t happy staying at home all the time anyway. So it occurred to me that after my experience with house-sitters earlier this year when I needed someone to look after Lisa, we could do some house- and pet-sitting ourselves. I signed up to an Australian house-sitting website.
It took a while to find the right assignments, but finally we started in mid-September in one of our favourite places, the Blue Mountains. Our first assignment was to look after five cats, seven chickens and a diamond python, which I thought sounded perfect. And it was. The hosts were happy for the three of us to stay. We were able to explore lots of new walks. 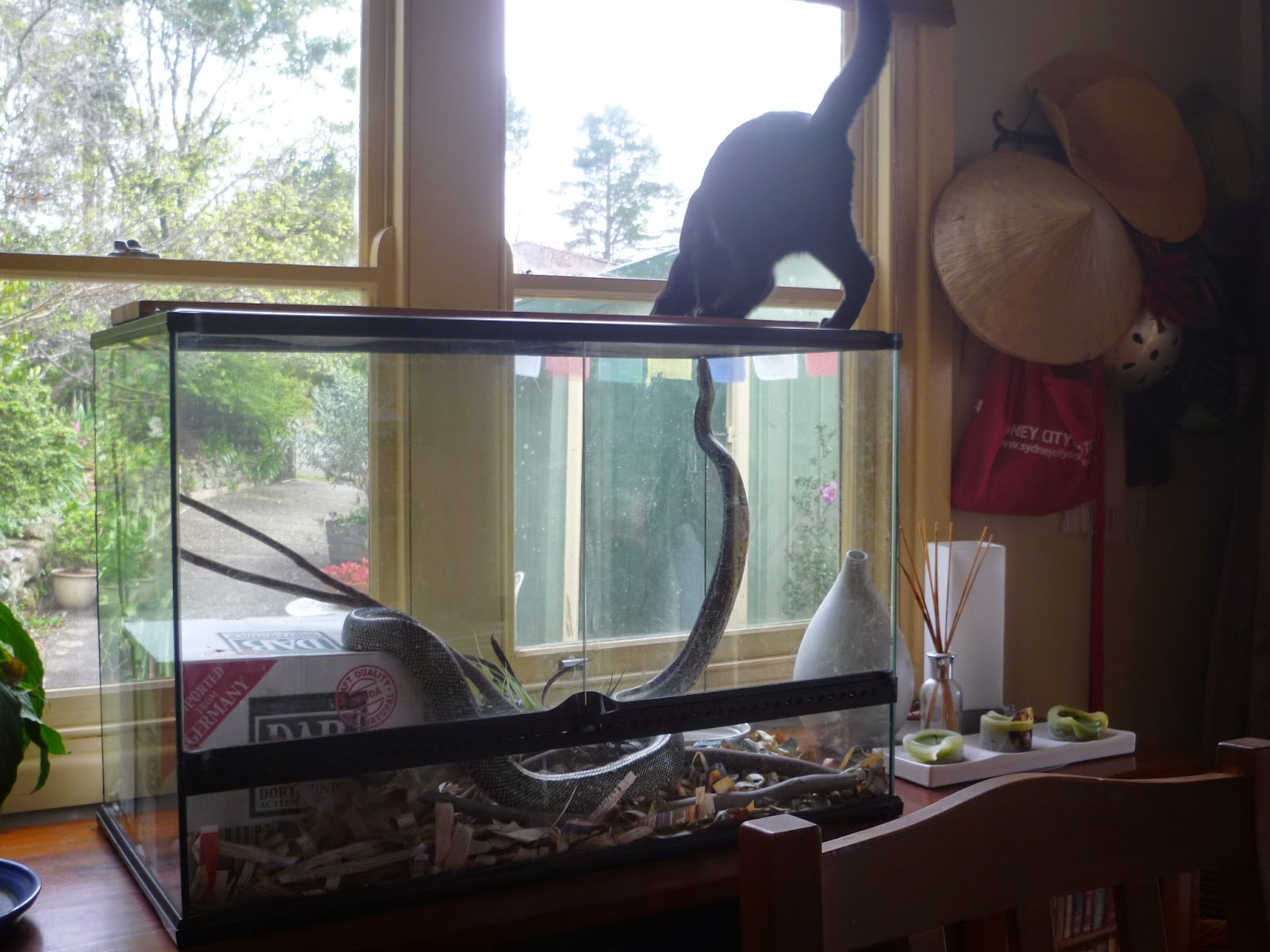 I’ve just started my second assignment in the mountains, looking after a lovely dog called Major (I feel a little like Basil Fawlty calling ‘Major!’). This one I’ll do on my own, and will use the quiet time for working. On my first day, today, he enjoyed his walk around the neighbourhood but gave me that familiar sad-eye expression when I left alone to go into town. Then he only ate his own food when he was absolutely sure my own food wasn’t on the menu. Dogs! 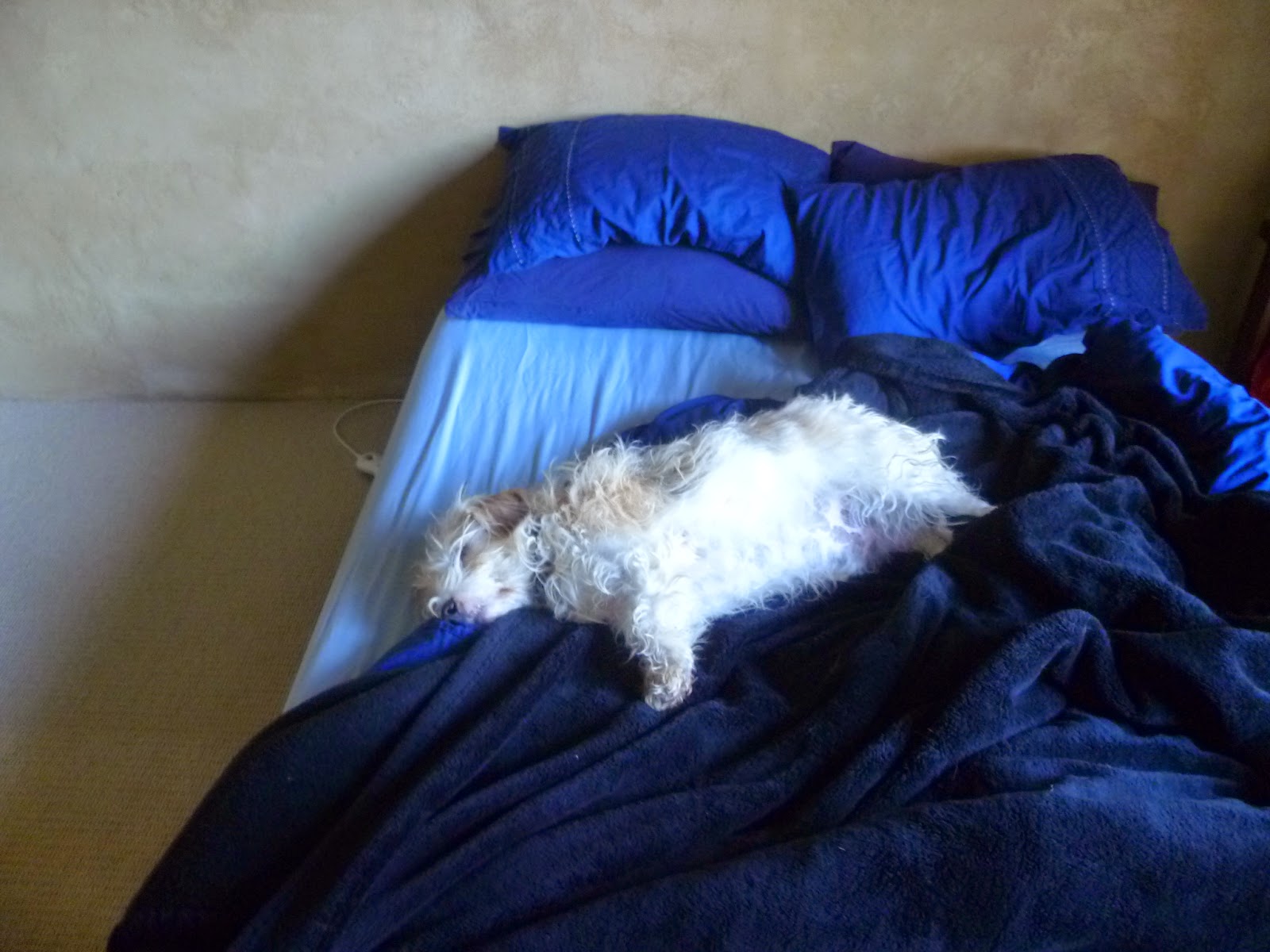 We’re already booked in for two more assignments in the coming months, so we have plenty of new experiences coming up. I don’t think there will be too many dull moments. 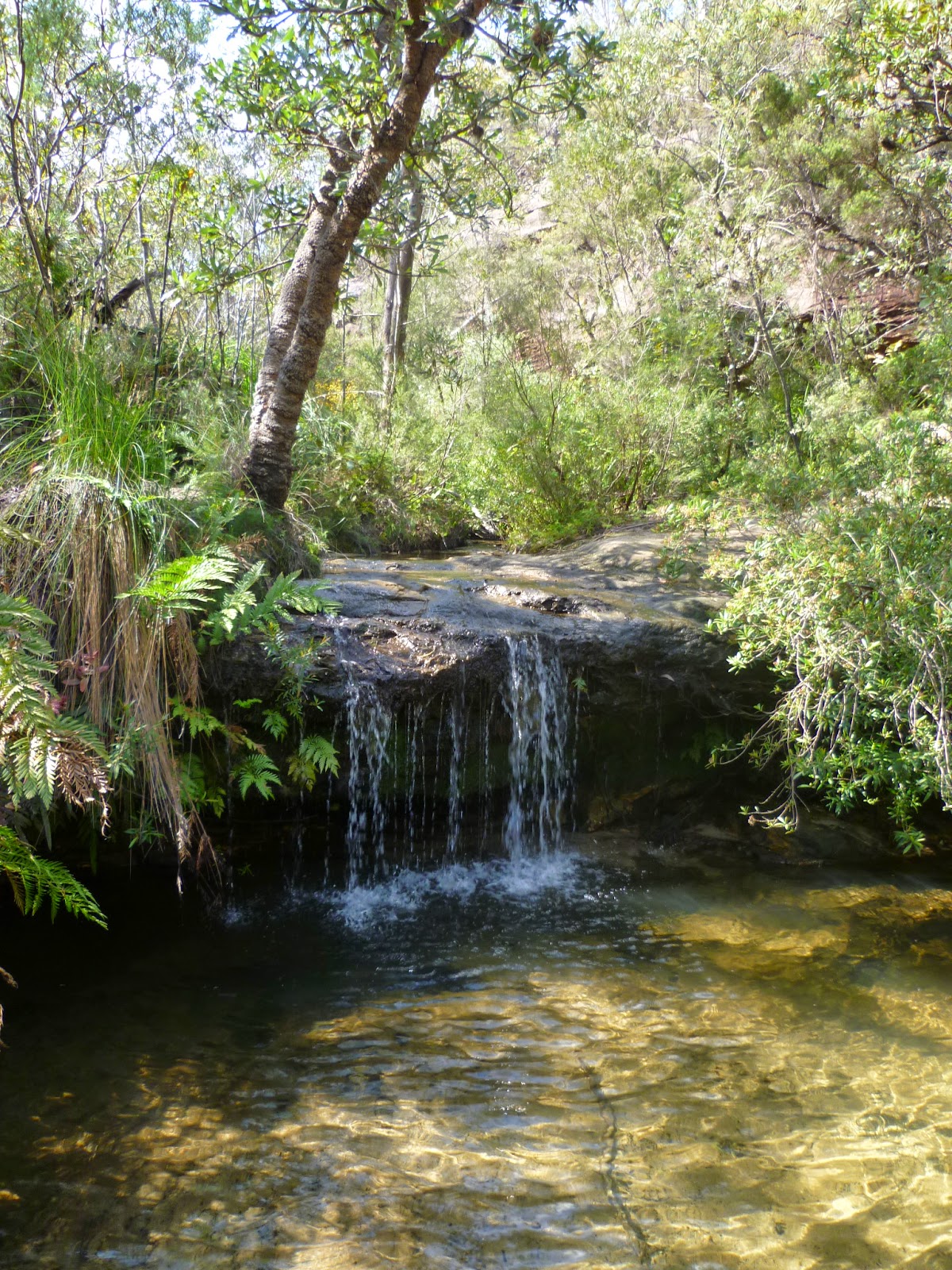 I'm also posting stories also on the 'Australia' page of the blog, and photos on my Facebook page.
8 comments: