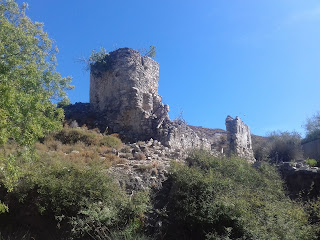 It was October but still hot and summery when I walked out of Kos town towards the Asklepion.
On other occasions, in other directions, I'd found too much fast traffic on the main roads, and ferocious guard dogs on the back roads scared Lisa. This time, I found that from the Casa Romana there was a pavement along the road. We followed it as far as the Jewish cemetery, a memorial to those who were taken away to their deaths in the final months of World War II. Then we detoured on a track through an olive grove into the Turkish village of Platania. There was sprayed graffiti on the old fountain. I continued uphill on a quiet road until there were cypresses growing either side.
I’d had vague thoughts of re-visiting the Asklepion, the ancient hospital of Hippocrates, but neither the attendant nor the cats were very welcoming to me and Lisa. So I walked on, catching glimpses of the site through a fence. Then, a little way beyond, we came to an intriguing stone tower.
Wandering off the road to investigate, I found sections of an old aqueduct. 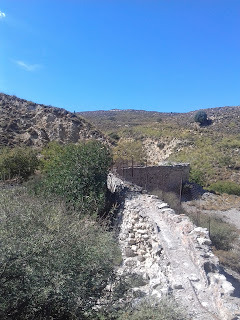 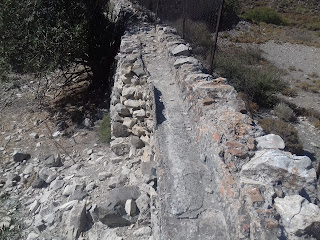 I passed through a fence keeping goats in and descended into a pebbly riverbed with a stream still just about flowing although it hadn’t rained for six months. Lisa sat gratefully in a pool after the heat of the walk. 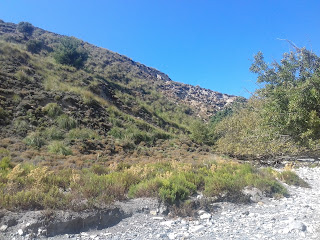 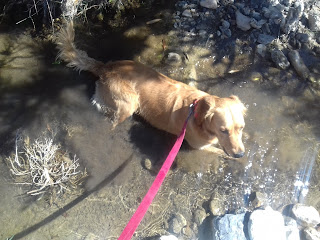 We continued until we reached a narrow waterfall over a dam, where the ruins of a watermill stood, a stone inscribed with ‘1955’. This place could have been used from ancient times until sixty years ago. 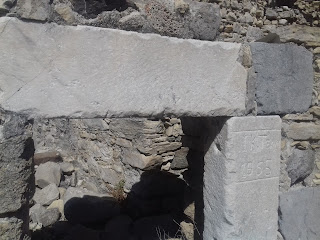 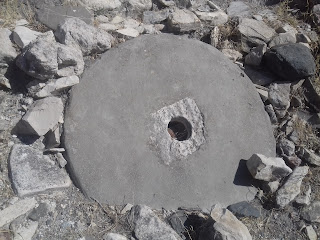 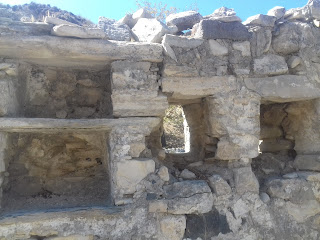 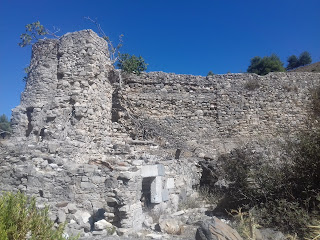 I sat on a rock with streams flowing slowly on either side, listening to the trickling water, watching blue and red dragonflies dance about, until little green frogs tentatively surfaced beside me. 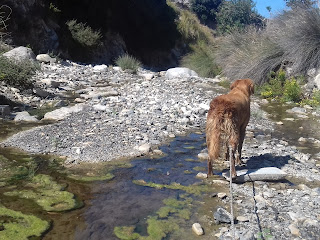 Then we returned to Kos town on a slightly different route, having discovered another deserted place. 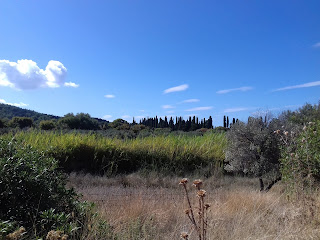 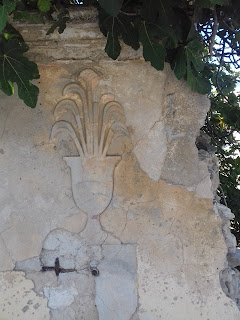 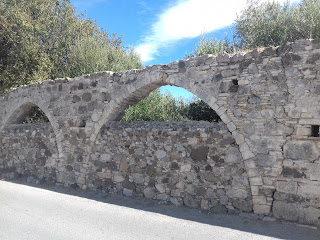