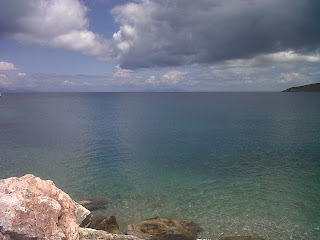 Sleepy this morning, after staying up late to watch Eurovision – or should I say #Eurovision, since it was the Twitter banter that made it fun. If you haven’t seen it, the video for the Greek Eurovision entry is hilarious – very different from what you’d expect. It gives a nicely irreverent image to counter what people read in the news about Greece. And unusually for Eurovision, it's not a love song but a drinking song.

[Apologies for the weird formatting issues in this post; I've tried to fix it so long it's giving me a headache. Hope it doesn't give you one.]

The video seems to have nothing to do with the title, 'Alcohol is Free', but the lyrics suggest it's all about one drunken night: the whisky's not to blame, it was the ice cubes... The band, Koza Mostra, said, 'Maybe people were drunk when they voted for us.' The moustache man, Agathonas, is a rebetiko folk singer, and those old rebetiko songs are often about intoxication of one kind or another.
http://www.youtube.com/watch?v=q_xQTlRbLJY

While at our traditional Greek dance class this week, I decided to find out the words to ‘To Plataniotikio Nero’, one of my favourite dances partly because there are words in the music, and the one intriguing phrase I’d managed to decipher so far is ‘I’ll drink til I’m drunk.’ A little more sedate than Greece's Eurovision entry, ‘To Plataniotiko Nero’ is the first song in this video:
http://www.youtube.com/watch?v=xX7MmJXKRZI

The song is from Samos: the singer is living away and remembering his home, wishing he had water from the village of Platanos (named after a plane tree) and wine from Kolona, an area with an ancient column, remains of a temple. Here's a link to one set of lyrics in Greek:
http://www.stixoi.info/stixoi.php?info=Lyrics&act=details&song_id=746
I’d translate it (with help from Stelios) as something like…

Some of the lines are repeated. For example, another version of the song has this verse:

Well, I've never been to Samos, but when I do, I'll be trying some of that (I mean the wine, not marrying a Samos girl, obviously). 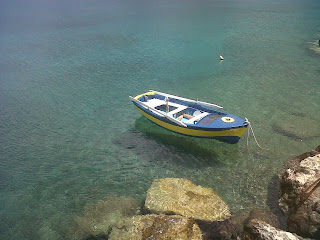 While hunting for information online, I found an entry about a Cretan song with the same lines about the leeches and the beautiful women. It’s a song from a small, traditional village called Xirosterni, or Dry Cistern. The story goes that it was named during the Ottoman occupation when a Turk demanded water from a villager, who said there was none rather than serve the enemy. Now on 6 August, a local festival takes place with Cretan music.
Do you know more about any of this? Please feel free to post a comment. 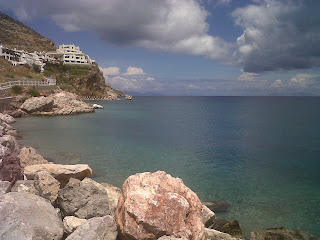 That’s all, folks. But if you’re planning a trip to Tilos this summer and would like to pick up something light to read while you’re here, then Falling in Honey: Life and Love on a Greek Island (in which there are no drinking songs) is now on sale at Mary’s Gifts on the seafront. The book is to be featured in the Mail on Sunday’s YOU magazine in mid-July. 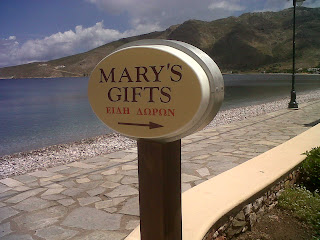 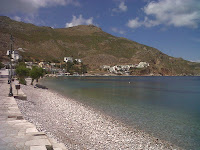 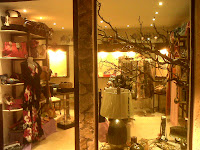 Some other random photos from this week, when we've had some clouds and rain in between hot sunshine... Isn't this lovely? 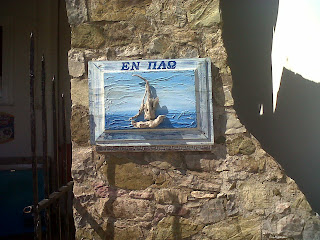 The chickens are growing... 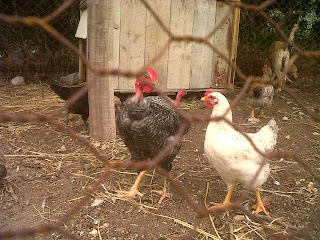 All our own: lettuce, onions, carrots, tomatoes, capers... 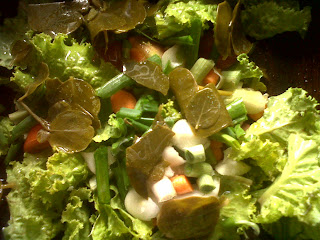 And Lisa, contemplating life and then digging for victory! 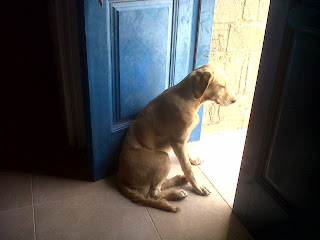 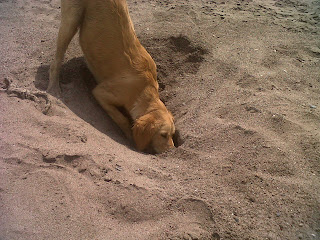 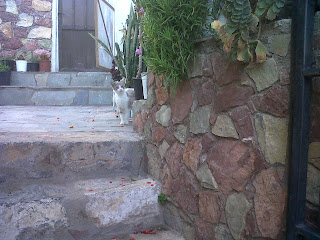 Thanks for reading, and for the messages – it’s great to hear from people all over the world. 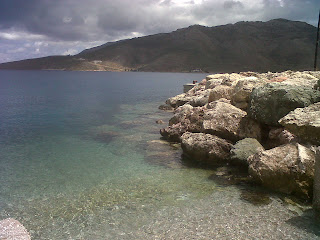