Walking in a Mediterranean Winter Wonderland

I don’t know if it’s always like this, but December so far has been perfect for walking – arguably much better than September or even October when most walkers come here. The temperature is just right, so you don’t need to carry gallons of water, or of course sunscreen or insect repellent. (Enjoying feeling unencumbered by stuff, I'm afraid I didn't even take a camera with me, so the pics were taken after I got home.) It’s by no means cold, but cool enough for hiking boots and socks, so you can cut across country. 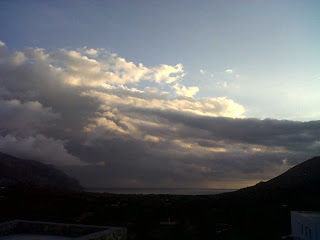 And the views keep changing. This afternoon there was no sign of Karpathos, as the view beyond Eristos was dark with gathering rainclouds; yet to the sunny north, against a blue sky, I saw the volcanic island of Nisyros more clearly than I have ever seen it before; every topographical feature clearly defined, including sheer cliffs plunging into the sea; you could practically see what they were having for dinner up in the village of Nikia on the rim of the caldera. Then over beyond Eristos, where the sea had become dark grey and almost navy blue, a gap in the clouds opened and a streak of silver spread across the water. 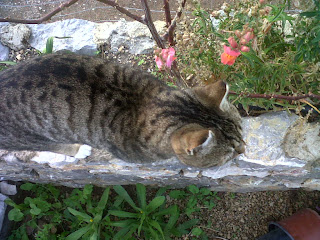 I explored the off-road path towards Livadia, then veered up to the abandoned village of Mikro Horio; actually not completely abandoned, as I definitely disturbed a couple of families of sheep, although the lambs were enjoying their lunch so much, wagging their little tails, that they didn’t notice, and it was only their mums that looked alarmed to see me.
I wandered back through ‘dead goat creek’, as I christened the path having seen a few old carcasses. Then I veered off again to explore a Byzantine chapel near Harkadio cave, one of the more unusually-shaped chapels that I’ve always meant to explore; inside, the floor showed it was definitely a home for goats these days, but the altar was ancient carved marble. 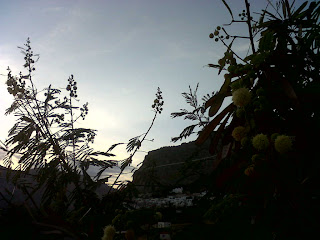 Back home, exhausted but happy, I boiled up some spinach-type greens and fried a couple of the lovely fresh eggs Pavlos and Maria generously brought around the other day (along with a huge bag full of freshly picked oranges and lemons, and jars of honey), and ate them with the last serving of roasted peppers, tomatoes, onions and courgettes in lots of oil and herbs from the fridge. No point in walking if there’s no feast at the end of it.
If any long-term Tilos residents are reading this, I'd love to know if this weather is normal for December! 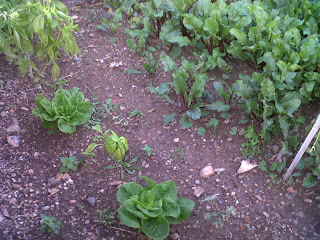 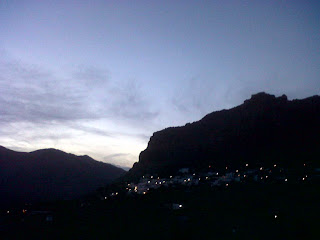 Email ThisBlogThis!Share to TwitterShare to FacebookShare to Pinterest
Labels: walking 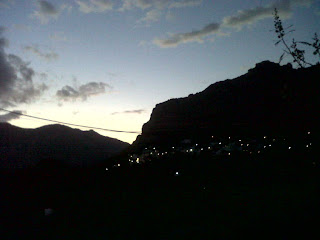 It may sound perverse, but I was excited to see grey rainclouds today. It’s been a while, after all. After I finished my morning’s work, it felt like a good day to lace up my hiking boots and head for the hills. I didn't take the camera as I had a feeling I was in for a soaking.
Winter in Tilos is definitely reinforcing my hermit-like inclinations, and I am gravitating towards the lonelier side of the island, Ayios Antonis. With clouds brooding over the craggy granite hilltops, and a lonely boat on the grey sea in the distant misting rain, it felt beautifully desolate. If I ever write a mystery novel, it’s opening right there with the flotsam and jetsam on the empty beach.
I followed a road I’d never tried before, up the hill through dark green trees along the side of a reddish crevasse. At the top, I found Nikos just closing the gate on his goats. He was a little surprised to see me up there.
‘I was just walking,’ I said, ‘and didn’t know where this road went.’
‘Ah! It’s my road!’
Yesterday was the name day for St Nick, every Nikos and Niki was celebrating, and the Fisherman and I were invited in the evening to the house of Nikos and Ioanna from Ayios Antonis. We drove past the pretty Christmas lights at the entrance to Megalo Horio, simple white lights in the shape of a boat, down the dark road, almost missing the turn-off. But their house was warm and festive inside with red and gold Christmas decorations.
Glasses of red wine in hand, we chatted to the gathered company of family and friends, amid instructions to eat… Ioanna had been cooking for days, it seemed: keftedes or meat balls, revithokeftedes or chick pea fritters, dolmades made of cabbage leaves stuffed with rice and meat, salads, chicken in red peppers, sausage in beans – the plates just kept coming. I had to look away when she ladled gorgeous local honey into a jar and then mixed it with spicy ketchup for chicken wings (it reminds me of Stelios saying he can only drink retinsa with Coke). But she is an amazing cook and I wish I could learn a few of those recipes one day.
Nikos, in his thirties, with a black beard and glasses, keeps a fair few goats up on the hillside opposite, and he told me that one of the most prized goats for its ability to produce milk and young is an English breed, which has long ears and a spotted coat (‘like a dalmatian’). I nodded away, so pleased to be getting by in a Greek conversation about goat breeds that I didn’t stop to think – until later – that he might be winding me up. He has a mischievous streak…
But today, when I bumped into him on the hillside, I asked if he’d been making fun and he said no, he was serious. He pointed out an alpine goat clambering up the hillside, with wide twisted horns and very specific markings. The goats in the pen, fenced in, he said were just the bad goats.
‘Bad in what way?!’
‘They like to go down to the village to find food instead of looking for it up here.’
We admired the view over the sea and far down the valley. By this time I was a bit wet with the rain coming down, but not cold at all.
‘It’s good we’re getting some rain,’ said Nikos. ‘Without that, there’s no grass for the goats to eat and I have to buy maize. Fourteen euros a sack!’
Wow, that’s a lot. In summer, when there’s not much for the goats to eat in the wild, he has to spend sixty euros a day just on feeding them.
I explored some more, then followed the stone footpath back along the side of the opposite hill to my village, seeing a bird of prey hovering above (I’ve seen so many lately). Arriving at Megalo Horio, I was struck by how beautiful the tiny whitewashed alleyways in that part of the village are, the magenta bougainvillaea and lemon trees and the smell of the fig trees. This last month Tilos has been more beautiful than I’ve ever seen it, Eristos bay glowing silver with the afternoon sunshine and the air so clear: Karpathos felt so close I could touch it yesterday. It’s been the gentlest of Decembers… I was swimming in the sea a few days ago, and exercising in the sun on the beach. Merry Christmas all! 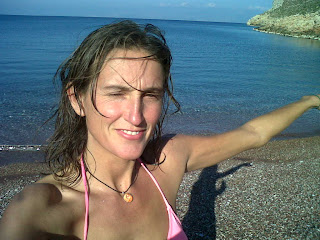 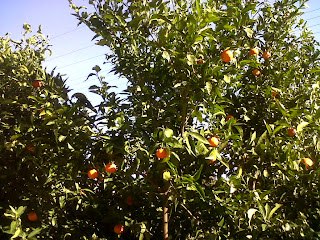