The Girl who Kicked the Hornets’ Nest 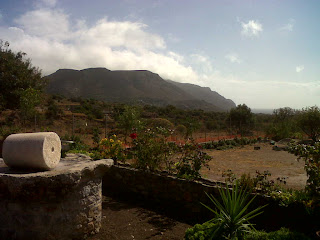 In early afternoon, feeling like some exercise, I put on vest t-shirt and shorts, and decided to walk up to the castle. I hadn’t been up there since late spring and neither had many other people, by the looks of the overgrown path. I wondered why a fly kept landing on my arm. I think it was trying to warn me.
A moment later, there were hornets buzzing around my head and in my hair. I felt a sting on my back as I started to run down the path, trying to shield my head somehow without losing my footing. Eventually I left them behind and went back home. I’d had hornets buzzing around my house before and they’d been harmless: I must have kicked a nest by mistake, perhaps. I showered and made myself tea and looked after myself for the afternoon.
* 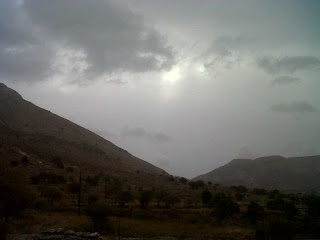 Sunday: the wonderful smell of the open countryside after the first rain falls on the herbs. I’ve never experienced it before. The day had started with violent winds and by afternoon there was a torrential downpour. I went for a walk down the track as the rain softened to a gentle pattering, and it was like walking through a church filled with incense. It was so still and clear, I could hear the waves crashing on the shore at Eristos. A cockerel crowed as the rain died away. White wispy clouds were playing over the tops of the mountains. The air was fresh and the rain brought out the colours of things differently – the stones of ruined buildings, the trees, the mountainsides. 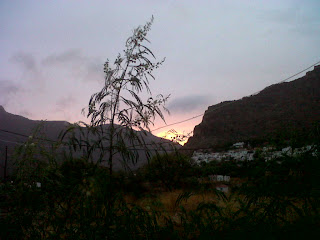 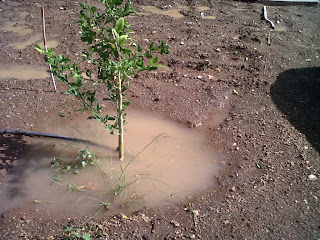 On Tuesday, the skies cleared in time for midday football against a team from Rhodes. By the time I met Anna there, the sun was hot. The Tilos lads got off to an unfortunate start and were a couple of goals down by the time they started to take serious issue with the linesman’s decisions. The ref took them to one side, and they shouted at the ref (although to be fair, shouting is the default setting for a normal Greek voice). Then a guy from the crowd approached, yelling abuse. A couple of women started running over to try to calm things down. The ref called the linesmen and they all walked into the changing rooms. Eventually everyone returned, calm, the Tilos team looking bitter but determined to play. I had to leave at half time, as the rain starting falling again, to get back to work. I noticed some fat olives at the roadside. 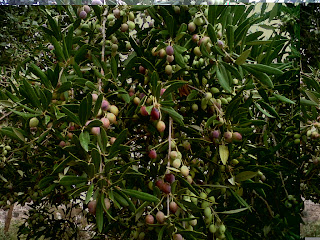 For a week or so now, the Tilos ATM has not been working. ‘Use another branch nearest you,’ it said. That would be on another island, an hour away by boat; perhaps someone pointed this out. A few days later, on Tuesday evening when I went to Greek dance class, the technician had still not arrived, but the message had been changed: ‘Normal service will be resumed in a few minutes.’
I’ve felt a bit like that myself this week.
It’s been a busy week, but a good one. On Wednesday Stelios had to take his motorbike to the mechanic in Rhodes so I went with him for company and we ended up buying lots of things you can’t buy in Tilos: some plain white bowls, wholewheat flour, wholewheat pasta, brown rice and very dark chocolate. Then we went for food: very non-wholewheat but delicious gyros pita at a neighbourhood place: warm fluffy pita stuffed with slivers of pork cooked to perfection, fresh creamy tsatsiki, tomatoes and red onions; these were huge, a meal in themselves. Three of those plus an excellent Greek salad, bread and a large beer – dinner for three – came to just twelve euros. 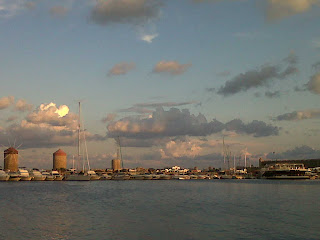 The weather returned to sunny and warm. I walked down to Eristos for a long swim, and ran into Dimitris from Tropicana, carrying his towel.
‘Number eighty-six!’ Eighty-six swims this year. When he reaches a hundred swims, he’ll stop.
Passing by the other farm where I buy vegetables, I saw Georgos planting cabbages and cauliflowers. He gave me a bag of seedlings and wouldn’t take any money for them, but instructed me to plant them that day, 60 cm apart. I got home and started preparing the ground for them, while Stelios ‘made bread and chaos’ (as Anna put it) in the kitchen.
‘Jennifer!’ I run inside.
‘Can you add some flour?’
‘Jennifer!’ I drop the trowel again and go inside.
‘Can you plug in my mobile?’
‘Jennifer!’ I dig a little more and then go inside. The oven door is open, the bread under a towel.
‘OK, we leave it now to get big. Have you finished in the garden yet?’
Er, no, not yet. But the half-drowned seeds we planted are also beginning to grow little green shoots. I now eye flocks of birds warily. I must find some nets. The lettuce and basil is looking healthy and a couple of new melons have even nonchalantly appeared near the fading courgette patch.
The brown bread is delicious warm with a salad. 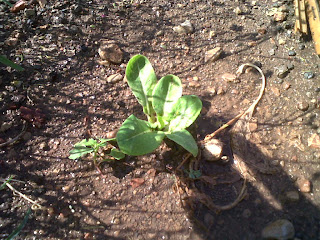 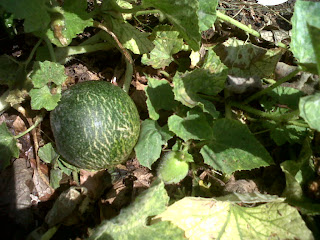 *
‘Miss! Hello miss!’ I’d better get used to hearing this when I walk across the square, or anywhere I might run into a child or two. Because I think I’ve agreed to teach English to twenty of them.
It all started when Irini wanted to speak to me. A group of parents were looking around for someone to teach after-school English to their children. I used to teach in a language school or Frontistirion in Athens years ago, and I’d asked my friend Dimitris, the school headmaster, to let me know if anyone was looking for lessons. Although I already have a full time job, most of my days are spent working at a desk with people abroad, so I thought it would be good to get involved a little more with the community. It turned out to be a little more involved than I’d expected.
On Monday, I met with the parents, mostly mothers and one father. I arrived at the primary school and they all settled into the little desks, and there I was at the front of the class. Thankfully their main questions were whether I was staying here permanently and how much the lessons would cost. In the last few months, salaries in the public sector in Greece have been slashed by over a quarter, while basic food prices increase regularly and a new property tax will be imposed via electricity bills (meaning if you don’t pay, your power gets cut off). At least in Tilos you can grow some food. Many thousands of Greeks have already emigrated to Australia and other countries to find work. Now more than ever, children need to learn English.
After doing some quick sums to see how we could organise this, and taking names and notes, I left with my head spinning, and a date to meet the kids: first the advanced level and then the beginners. In the space of an hour I’d got to know half a dozen parents who cared a lot about their children’s education. There was no longer any question of whether I’d go ahead and give this my best shot. Parents in Greece still make their children’s education a big priority, and I’m in a position to help somehow. I emailed a writer friend in Athens, Becky (see links to her blog on my Facebook page 'Great Travel Reading'), and she kindly sent me long messages filled with information about books and exams.
So last night I had my first meeting with the children. The teenagers were kind and polite and surprised me with their excellent English. I think I’m going to enjoy getting to know them, and if we can keep up their progress it will be a good thing. 'What animals are there in Tilos?' I asked as one of my questions to test their level. 'Cats! Goats! Sheep! Eagles! Elephants!' Well, the elephants did die out about 4,000 years ago but we do technically still have them in the museum. 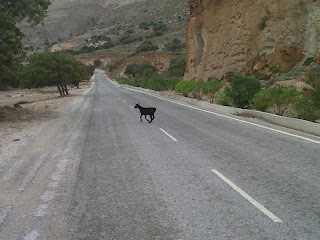 I admit I brought bribery biscuits to my meeting with the younger children. It’s funny how smaller children produce much more sound, even before you feed them sugar. They started well, and my Greek was good enough to reassure the shyer ones, but it was easy to spot the ‘problem areas’. The main problem will be my propensity to laugh at their jokes, which will only encourage them. But it’s hard not to, as even the little terrors are adorable. ‘Any questions?’ I asked in Greek at the end. One hand flew up – one of the more advanced children. ‘Yes miss. When can we eat the biscuits?’ 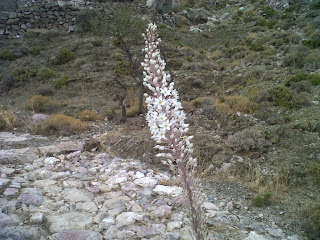 Email ThisBlogThis!Share to TwitterShare to FacebookShare to Pinterest
Labels: teaching